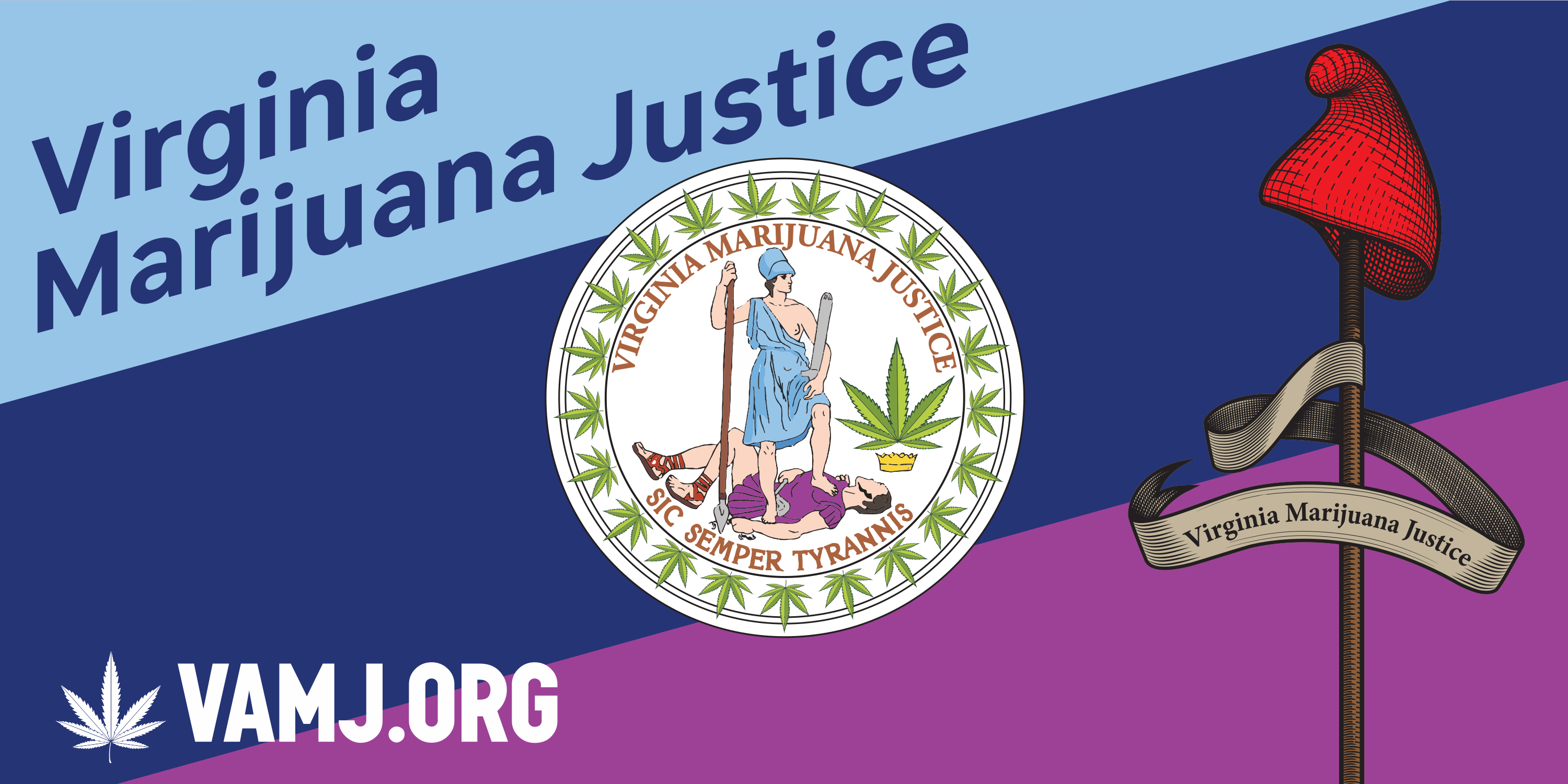 ARLINGTON, Virginia — Virginia Marijuana Justice (VAMJ) will celebrate the first day of cannabis legalization in Virginia with a free cannabis seed giveaway at sites around the state while calling attention to legalized home cultivation and the need to patch some significant holes in the new law.

Working with sister organizations District of Columbia Marijuana Justice (DCMJ) and Maryland Marijuana Justice (MDMJ), VAMJ has set a goal to collect 10,000 donated seeds from cannabis growers and supporters and intends to distribute them to a new crop of legal home growers at locations within the Commonwealth of Virginia. Sites include outside CBD Store-Richmond (3442 Lauderdale Drive, Henrico, VA); near Rosslyn Metro (1850 N. Moore St., Arlington) and a private property in Charlottesville.

“We want to mark this historic day by saying ’let us grow’ now that home cultivation of cannabis is legal in Virginia,” said Nat Copes, a VAMJ volunteer from Alexandria. “We can’t think of a better way to celebrate the occasion than by having VAMJ volunteers hand out free high-quality seeds to Virginians.”

Here is a link to a 27-second video release (for use at will) of volunteers packaging seeds for the giveaway: https://fb.watch/v/AoEyFkE4/

Considered in the national cannabis community to be the leading consumer advocate for home cultivation and innovative social equity provisions, DCMJ pioneered the seed share in the District of Columbia after cannabis became legal in 2015. DCMJ led the effort to pass Initiative 71 that legalized cannabis in the nation’s capital in 2014. Most recently, DCMJ and sister organization New York Marijuana Justice (NYMJ) launched the COVID-19 vaccination incentive program “Joints for Jabs,” giving away more than 8,000 joints in Washington, D.C. and New York City to adults who showed proof of COVID-19 vaccination. Joints for Jabs spin offs continue to sprout independently around the U.S., including in Maryland, Michigan, Arizona, and Washington State, which became the first government body to embrace the idea.

“We have seen first-hand the smiles and gratitude that a free seed giveaway brings to first-time growers, and it’s pretty special,” said Adam Eidinger, co-founder of DCMJ. “However, we also know from our experience that so many people do not realize that they can grow cannabis at home legally. Some people didn’t know about the new law, as it pertains to home cultivation, until our volunteers handed them a free packet of seeds. So there is a significant educational component to our giveaways.”

While the pride and experience of legally growing and harvesting a productive plant under one’s own supervision speaks for itself, the other reality is that home cultivation mitigates the problem of the high price of over-the-counter cannabis, especially for patients, since medical marijuana is not covered by private insurers or Medicare, Medicaid or Veterans Administration benefits. Access to dispensaries is a huge problem in general, with only four in operation throughout the state.

“Craft cultivation improves patient outcomes and home cultivation helps to reduce the scope and control exerted upon society by criminal organizations, while reversing the carnage left behind from prohibition,” said Michael Krawitz, co-founder of VAMJ and Veterans for Medical Cannabis Access. “Veterans have been fighting in Virginia for decades to see this day when we are finally free to grow cannabis in the privacy and safety of our own homes. Among other medical uses, it’s well known that for many veterans, cannabis can help with pain and the symptoms of Post Traumatic Stress Disorder (PTSD).”

However, under the new Virginia law, a person can only possess an ounce of cannabis and only grow four plants at home, both of which are limits that fall short of the medical needs of many cannabis patients. VAMJ is urging lawmakers to consider raising the plant count limit to six plants for one adult and up to 12 plants if more than one adult is living at home. The 6/12 plant limits are in line with most states that have legalized home cultivation, including neighboring Washington, DC.

“We will continue to make our message clear that we want to be free to grow an amount of cannabis to actually meet our needs, and for punitive penalties to be eliminated,” Krawitz said. “It’s unfortunate that we couldn’t start out of the gate with more reasonable limits, however, it is a good starting point. Too many people will still wind up in the illicit market to fill the void created by these unrealistic plant and possession limits.”

In general, Virginia’s new cannabis law is extremely confusing, as can be expected from a 280-page document written in legal language that even some lawyers have trouble understanding. However, a lot can be done by the next legislative session to remove some penalties and fines and lessen consequences for the nonviolent “crime” of cannabis possession. VAMJ will be rolling out proposed amendments to the law as we get closer to the 2022 legislative session.

But on the eve of taking the giant step toward full and fair legalization, VAMJ activists acknowledge there is a significant victory to celebrate July 1.

“Virginians came together and worked hard to earn the distinction of blazing the trail in the South for adult-use legalization, including crucial social equity and home cultivation provisions,” said Sonia Ballinger, a co-founder of VAMJ from Sterling. “There are obvious measures that were taken to ensure social justice components were added to the law. Many people made the case face-to-face in early 2020 and then by working the phones and video streams when coronavirus shut-downs began. It’s been gratifying to see so much progress directly related to VAMJ’s community activism, advocacy and willingness to partner up with other groups in Virginia.”

VAMJ is dedicated to fighting for cannabis consumers, cultivators, workers, patients, and their families. VAMJ began lobbying in Virginia in 2019 to support passage of adult-use cannabis laws in the Commonwealth. Since then, VAMJ has been active in Richmond and across the state, educating the public and advocating for systemic changes in the criminal justice system.

VAMJ backs full legalization, including the right to cultivate cannabis in the privacy and comfort of our homes, as well as reforming and filling harmful or outdated holes within the criminal justice system. The group was launched during the statewide elections in 2019, playing a pivotal role in key races in the Tidewater Region by highlighting the scourge of opioid addiction in Virginia and calling attention to cannabis as a non-addictive alternative plant medicine. 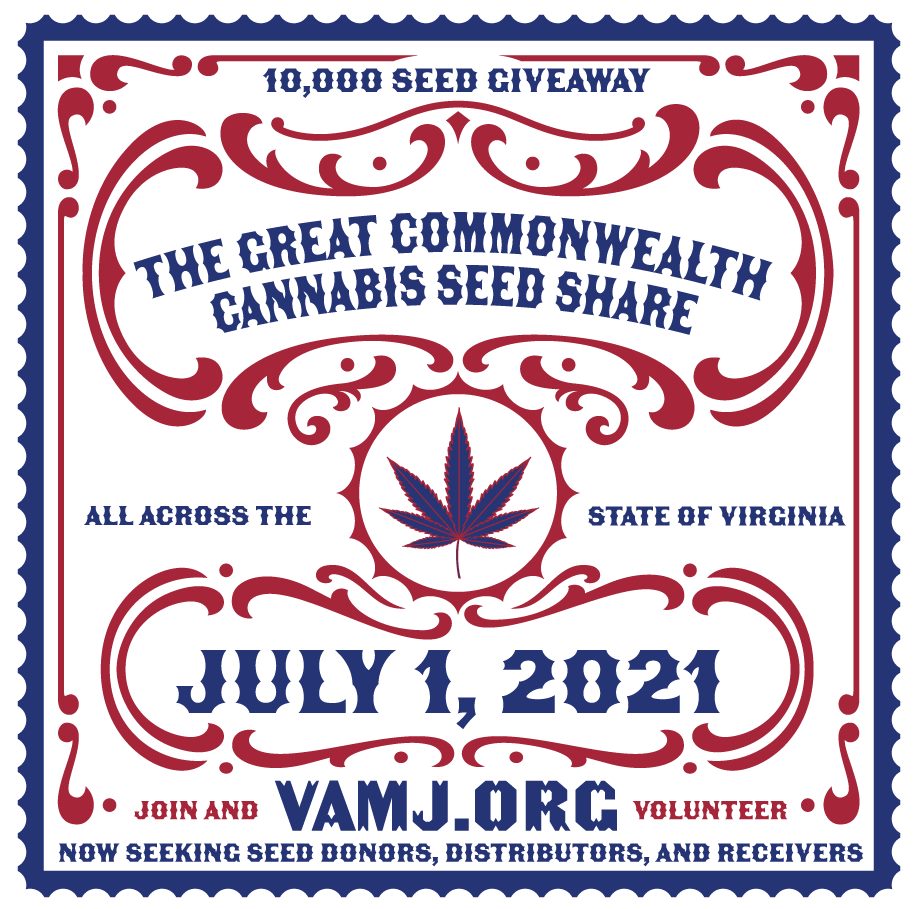